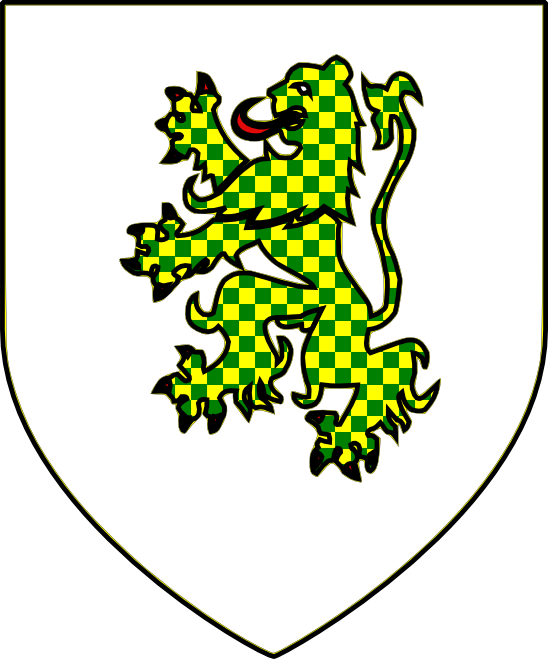 House Osgrey of Standfast is a noble house of the Reach. It is sworn to House Rowan. Its lands border those of House Webber. They had not been lords in centuries, though they once had been. Their blazon is a chequy lion, green and gold rampant on a field of white.

House Osgrey was established at least 1000 years before the Conquest The family used to be Marshalls of the North March under House Gardener. At that time they possessed four castles. Their largest castle was Coldmoat, which was raised by Lord Perwyn Osgrey. The Osgreys were a prominent family who intermarried with such great families such as the Florents, Swans, Tarbecks, Hightowers and Blackwoods.

After the last Gardener was killed on the Field of Fire the Osgrey’s prominence began to diminish. Lord Ormond Osgrey lost Coldmoat when he spoke out against King Maegor I for his suppression of the Poor Fellows and the Warrior’s Sons. House Osgrey had at least one cadet branch but by 210 AL they had become extinct.