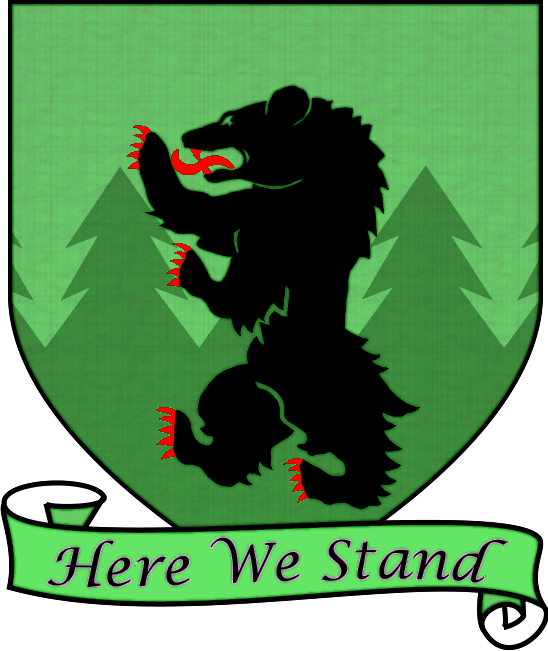 House Mormont is one of the few houses to have an ancestral weapon of Valyrian steel: a bastard sword called Longclaw. However, due to Bear Island’s lack of valuable resources, the Mormonts are a rather poor house. Their hall is made of huge logs, surrounded by an earthen palisade. On the gate is a carving of a woman in a bearskin with a child in one arm suckling at her breast and a battleaxe in the other. Like the other women of Bear Island, the women of House Mormont learn how to defend themselves from ironmen and wildlings.

Legend has it that King Rodrik Stark won Bear Island in a wrestling match (presumably from the ironborn king who controlled it at the time) and gave it to the Mormonts.

Lady Maege Mormont rules after her brother Jeor Mormont joined the Night’s Watch and his son Ser Jorah fled with his wife Lynesse of House Hightower to the Free Cities after having been found out when he sold some poachers to a Tyroshi slaver. Lady Mormont’s heir is Dacey Mormont, a tall, lanky warrior-woman.

Alysane Mormont, her daughter and heir to Bear Island.