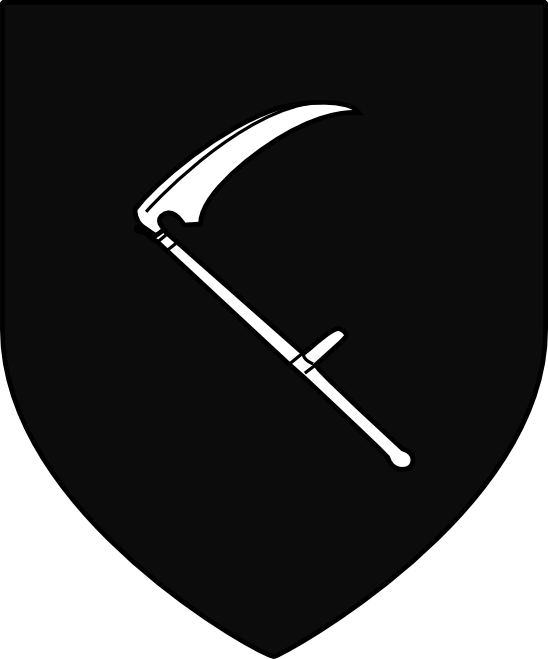 House Harlaw of Harlaw is one of the most powerful houses from the Iron Islands, ruling over the entire island of Harlaw. To read about their holdings go to Harlaw (Lands).

All the other houses of Harlaw pledge fealty to them, including Houses Volmark, Stonetree, Myre and Kenning. The Myres and the Kennings had been bitter foes in the past, but eventually submitted to the Harlaws.

Their original keep was Harlaw Hall, until Lord Theomore Harlaw (Rodrik’s grand grandfather) constructed Ten Towers. Theomore had lost three newborn sons due to the dampness and unhealthiness of Harlaw Hall and decided to build a better located dwelling, but since Theomere was a man who used to change his opinion, he ended building ten different keeps that eventually were connected by wallwalks and covered bridges, creating the castle that would be known as the Ten Towers.

Their blazon is a silver scythe on black.

The known members of House Harlaw are: