Harlaw is one of the islands that make up the region known as the Iron Islands. Second in size only to Great Wyk, Harlaw is distinguished from the other islands for being both the wealthiest and most densely populated. It is a day’s sail from Pyke.

The Harlaw is the seat of House Harlaw that reigns supreme on the island, one of the only families that rivals the Greyjoys in strength and influence. The Harlaws have five keeps on the isle that gave them their name: Ten Towers, the seat of House Harlaw and Lord Rodrik Harlaw; Harridan Hill, ruled by Boremund the Blue; the Tower of Glimmering, the seat of Hotho Humpback, Grey Garden, presided over by Ser Harras Harlaw; and ancient Harlaw Hall, the previous family seat that currently belongs to Sigfryd Harlaw the Silverhair.

Harlaw is known for its ponies which are used throughout the Iron Islands. (Map on Next Page) 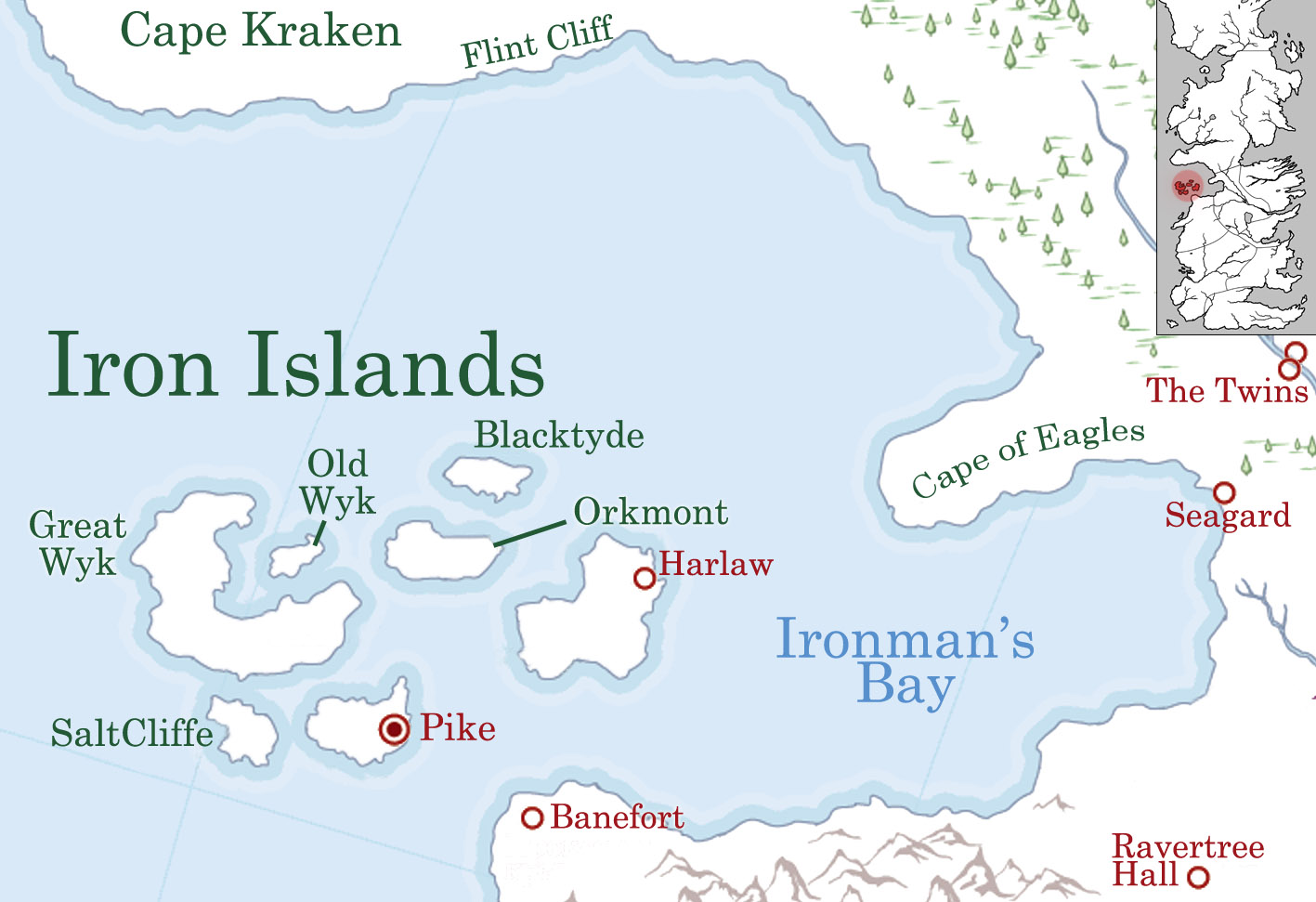