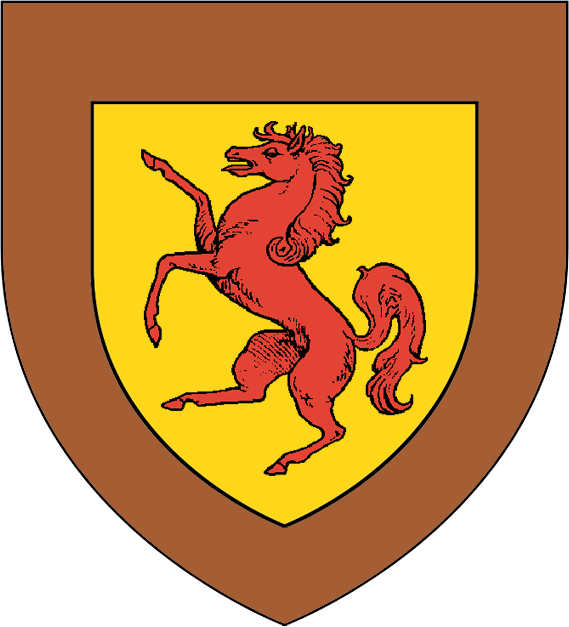 House Bracken of Stone Hedge is an old house from the Riverlands, with the blood of the First Men in their veins. They are sworn to House Tully. They blazon their arms with a red stallion upon a golden escutcheon on brown. Bracken lands lie along the Red Fork of the Trident.

They had been petty kings during the Age of Heroes, until the arrival of the Andals. They have an old bitter feud against their neighbors the Blackwoods, coming from the Age of Heroes when both houses ruled as kings. The feud has continued throughout the years, aided by House Bracken’s change to the Faith of the Seven. Battle Valley and the village of Blackbuckle are part of the disputed land.