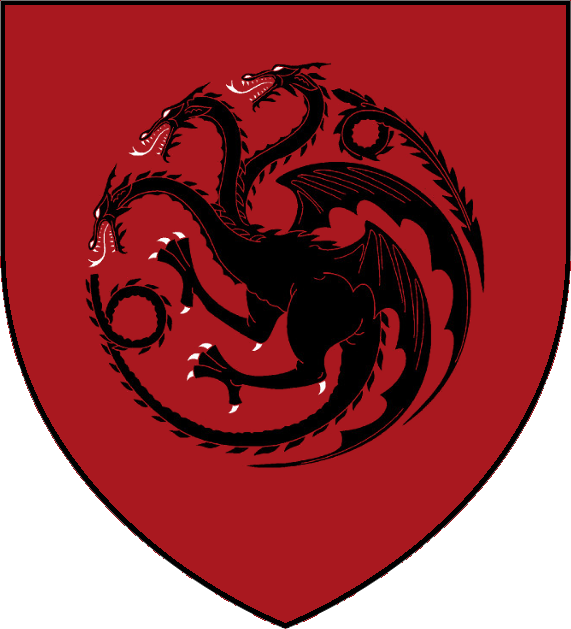 Their sigil was a black three-headed dragon, breathing black fire on red, the Targaryen sigil with the colours reversed. Their motto is unknown.

House Blackfyre was founded by Daemon Blackfyre, the bastard-son of Aegon IV after he was legitimized by his dying father. Daemon inversed the Targaryen arms for his coat of arms and named the house after the sword Blackfyre that his father gave him when he was fourteen. The sword had been the personal weapon of the first Targaryen king Aegon I and all his successors.