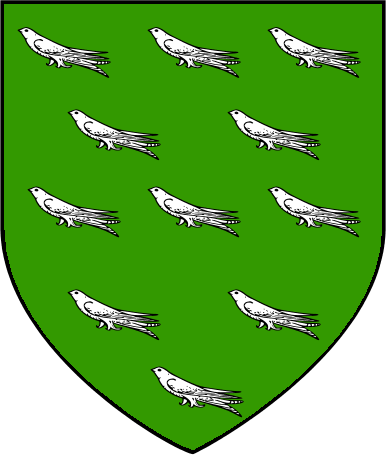 The house began with Petyr’s great-grandfather, who was born in Braavos and came to the Vale as a sellsword employed by House Corbray. His son took the head of the Titan as his sigil when he was knighted. His arms were a grey stone head with fiery eyes on a light green field.