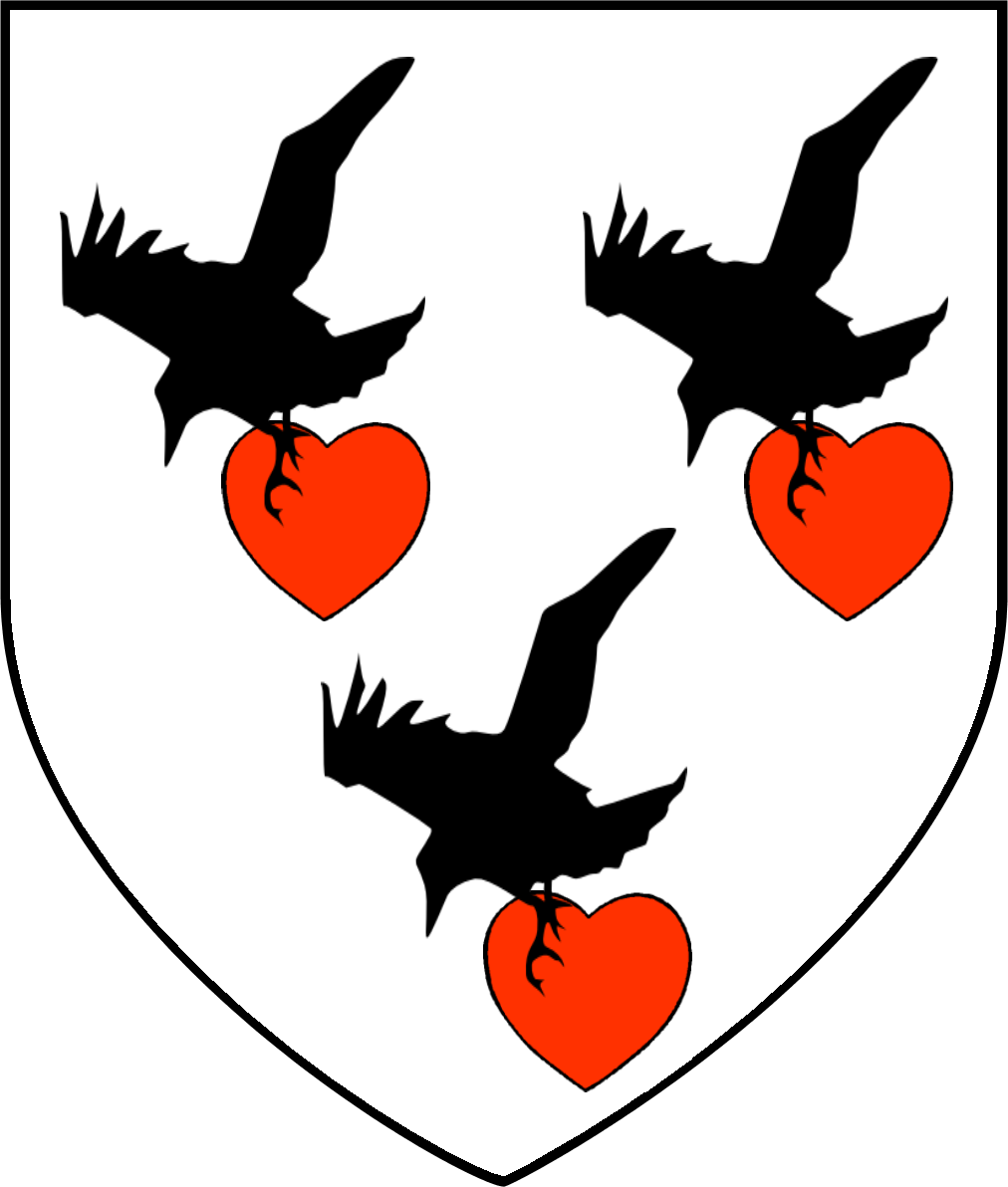 House Corbray of Heart’s Home is one of the main noble houses from the Vale. It is an old but poor house. The ancestral Valyrian sword of House Corbray is called Lady Forlorn.

They blazon their arms with three black ravens in flight holding three red hearts, on white.