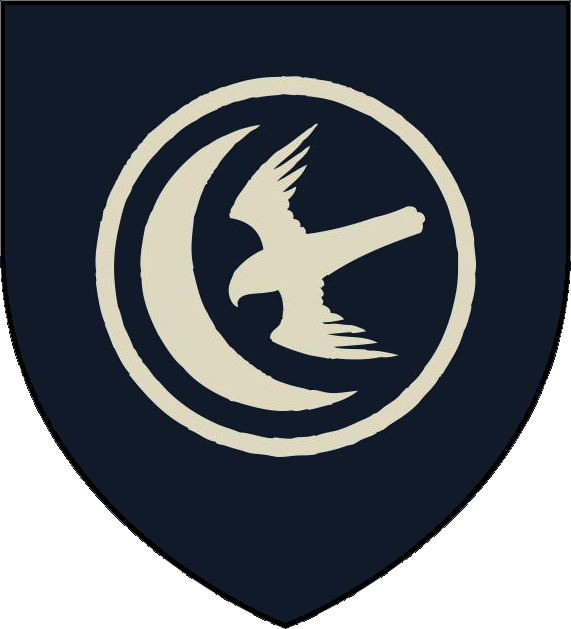 House Arryn of the Eyrie is one of Great Houses of Westeros, and is the principal noble house in the Vale. Their main seat is the Eyrie, but they have many other holdings, including their winter castle at the Gates of the Moon. Both of these fortifications sit astride the Giant’s Lance, the tallest mountain in the Vale, and the Eyrie is considered impregnable. Their sigil is a white moon-and-falcon on a sky-blue field, and their words are “As High as Honor.” Their line dates back to the old Andal peoples that invaded Westeros. Usually marrying other Andal nobles, House Arryn to this day has the purest line of Andal nobility.

Prior to the arrival of the Andals, the Vale was ruled by the First Men under the Mountain Kings. Ser Artys Arryn slew the last of the Mountain Kings and the Arryns became Kings of Mountain and Vale, according to semi-canon sources some six thousand years ago. They renamed the land the Vale of Arryn, and their kings wore the Falcon Crown. They submitted to Aegon the Conqueror and House Targaryen when the young king wanted to ride a dragon, remaining Defenders of the Vale and Wardens of the East, a title that they have always held since.

Lord Jon Arryn, Lord of the Eyrie, Defender of the Vale, and Warden of the East.

Robert Arryn, His son and Heir