Whitewalls was the stronghold of House Butterwell. It was closer to Maidenpool than to King’s Landing.

Built forty years before the Second Blackfyre Rebellion by Lord Butterwell, who had been Hand of the King to Aegon IV, it was commonly called the Milkhouse by those who lived near it. Its walls and towers where made of white stone that had been quarried in the Vale. Its floors and pillars were crafted from white marble veined with gold. The rafters were carved from the trunks of weirwoods. It had been costly to build. Some seventy to eighty years before the War of the Five Kings, one could take a ferry across the Trident from the Crossroads Inn to the road that led to Lord Harroway’s Town and Whitewalls. However the river moved and the ferry landing at the Crossroads Inn was abandoned. 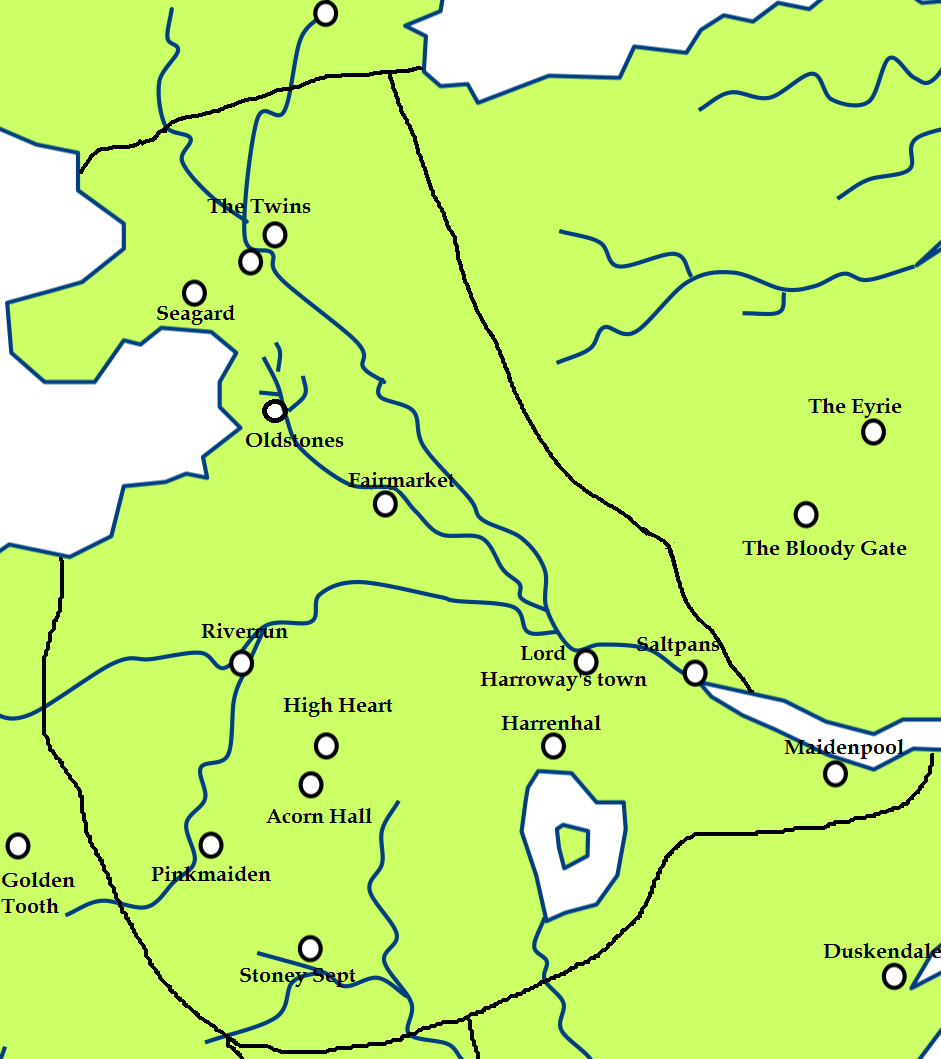