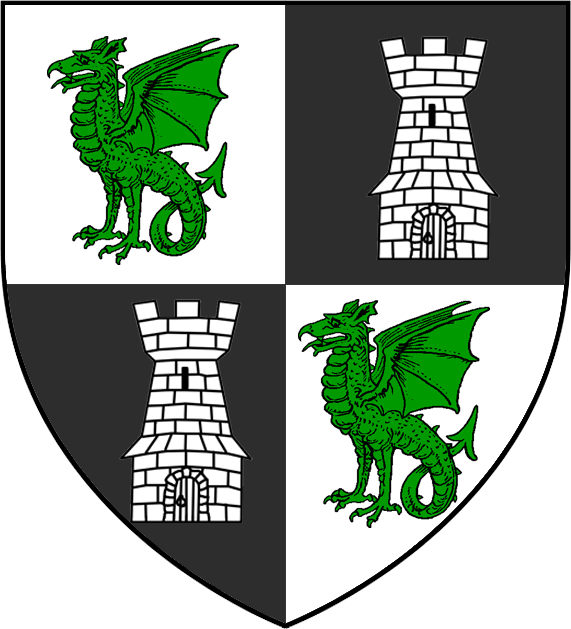 They blazon their arms as quartered, a green dragon on white and a white tower on black.