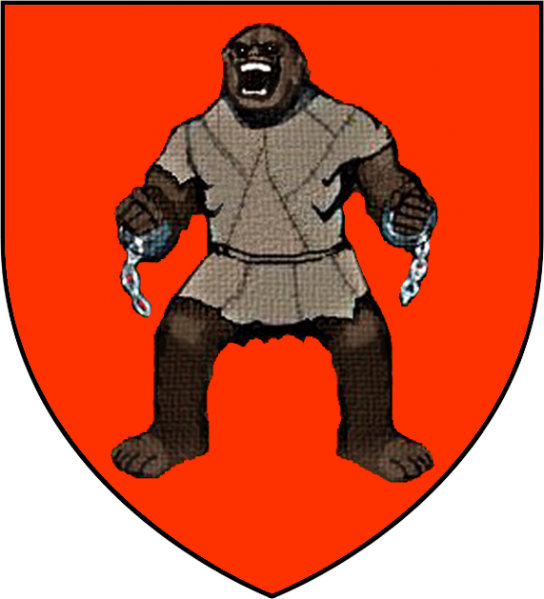 House Umber of the Last Hearth, is a noble house of the North, sworn to Winterfell and House Stark. The head of the house is Lord Jon Umber, called “The Greatjon”.

The Umber sigil is a roaring giant, brown-haired and wearing a skin, with broken silver chains, on flame-red.

The Umbers are hardy people, tempered by the rough northern climate. They control the harsh land along the Bay of Seals, bordering the Gift and extending west to the Kingsroad - a place of wild hills and ancient forests of oak and pine. Its proximity to the Wall puts them at risk of wildling raids and they have often been called upon to help defend against wildling raiders. Most notably, the Umbers joined the Starks in defeating Kings Beyond the Wall such as Raymun Redbeard and the brothers Gendel and Gorne. A cousin of Lord Umber’s was carried off in a wildling raid.