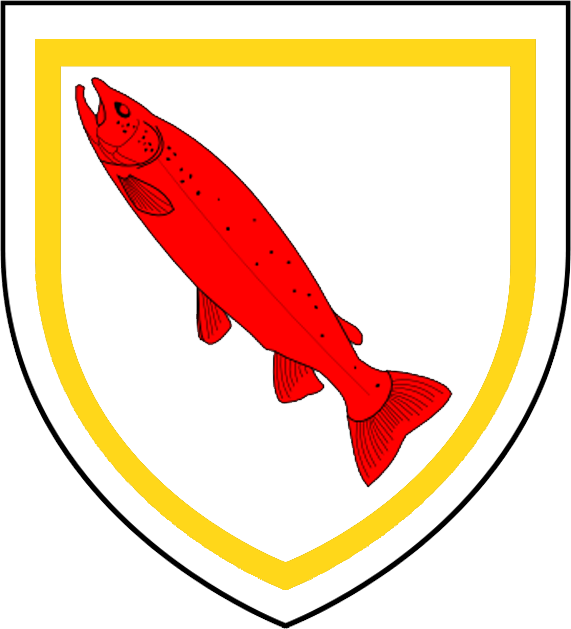 House Mooton of Maidenpool is a noble house from the Riverlands. Their seat of Maidenpool is one of the main ports and trade centers of the Bay of Crabs. According to legend, this was the location where Florian the Fool saw Jonquil for the first time while she was bathing with her sisters.

For many years the Mootons were among the most influential of the riverlords. However, the wealth of the family and the town has been significantly reduced since House Mooton chose to side with the Targaryens (their kings) against the Tullys (their liege lords) during Robert’s Rebellion.

Their blazon is a red salmon on white, over a white field with a golden tressure. Their motto is Wisdom and strength.