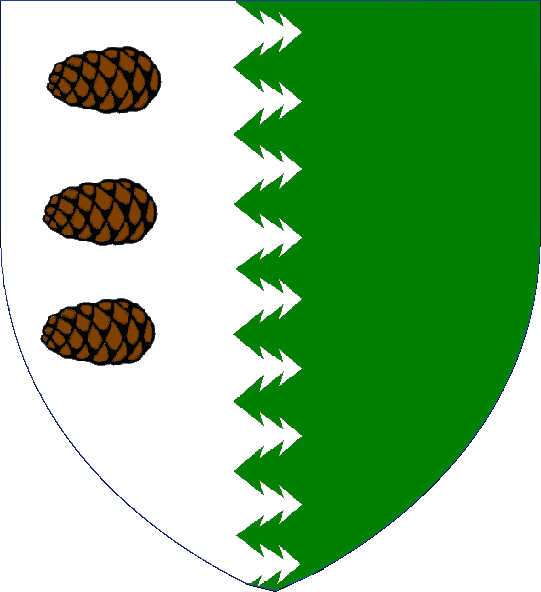 House Liddle is the formal name given to the mountain clan of the Liddles at the North that inhabit the high mountains north of the Wolfswood.

The chief of the clan is known as “The Liddle”, although at Winterfell is given the treatment of “Lord Liddle”.

Their arms are per pale white and green, a fir tree line between, three brown pinecones on the white.

Torren Liddle, known as the Liddle, the head of the clan.

Duncan Liddle, known as Big Liddle, his eldest son, a Ranger of the Night’s Watch.