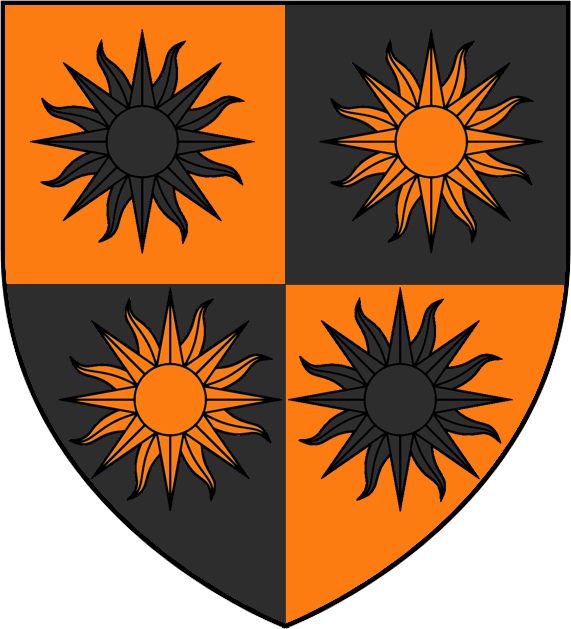 House Kenning of Kayce is a noble house from the westerlands. They blazon their arms with four sunbursts counterchanged on quartered orange and black.

House Kenning of Kayce was founded by Herrock Kenning, an ironborn warrior from House Kenning of Harlaw. During the decline of the driftwood kings of the ironborn, Herrock the Whoreson used his horn as a signal for the whores of Kayce to open a postern gate, allowing his men to take the town for House Lannister, the Kings of the Rock.

Herrock’s warhorn, the Horn of Herrock, is passed down amongst the family as an heirloom

The known members of House Kenning of Kayce are:

Ser Kennos of Kayce : a knight in service to Lord Terrence