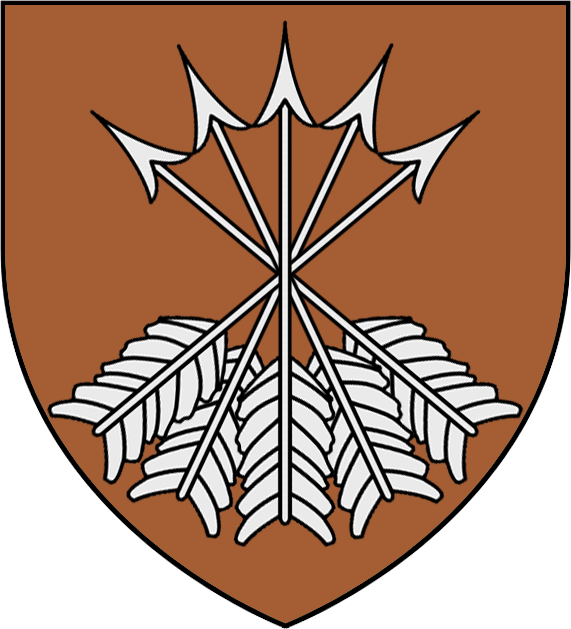 House Hunter of Longbow Hall is a noble house from the Vale. They blazon their arms with five silver arrows, fanned, on brown.

Lord Eon Hunter, Lord of Longbow Hall. An old man with gouty legs, who has been ruling his house for sixty years, known as Old Lord Hunter.

Gilwood Hunter, his son and heir of Longbow Hall, known as the “Young Lord Hunter”.