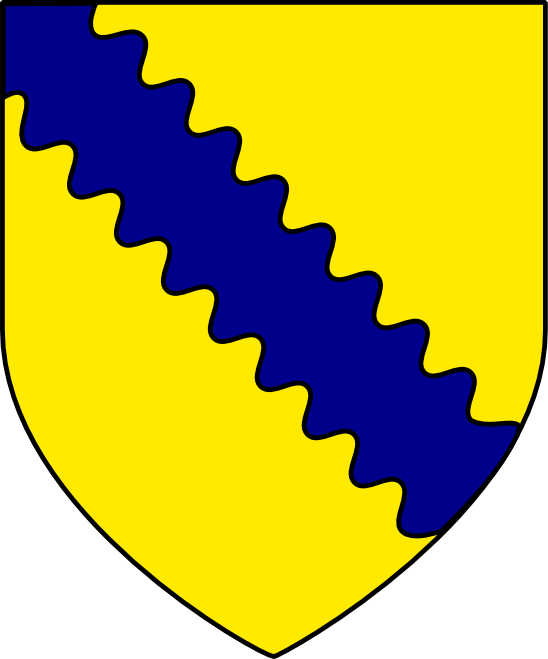 House Goodbrook is a noble house sworn to Riverrun. Neither their arms or their words appear in the books, but according to semi-canon sources they blazon their arms a blue wavy bend on gold.

The name of the keep of the Goodbrooks and its location are unknown. The lands of House Smallwood are near those that belong to House Goodbrook.

Lord Goodbrook was one of the lords from the Riverlands that stayed loyal to King Aerys during Robert’s Rebellion, instead of following the banner of their liege lord. For this, Hoster Tully descended upon his village and burned it. After the war, his son made peace with King Robert I and Lord Hoster, but the wealth of the Goodbrooks had been substantially reduced from the fighting.