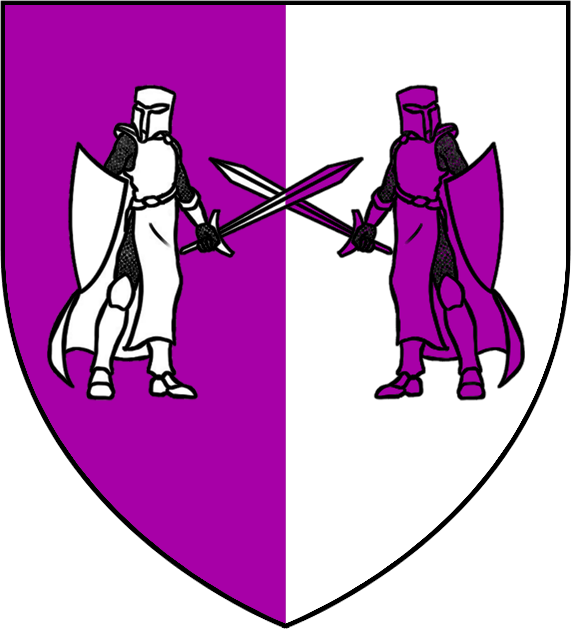 House Farring is a noble house of the Crownlands. They blazon their arms with per pale purple and white, two knights combatant with swords, counter-charged.

It is not entirely clear when the Farrings joined Stannis Baratheon’s cause , but most likely they are sworn to Dragonstone and have been with him since the beginning.

Bryen Farring, his son. A squire to Stannis Baratheon.