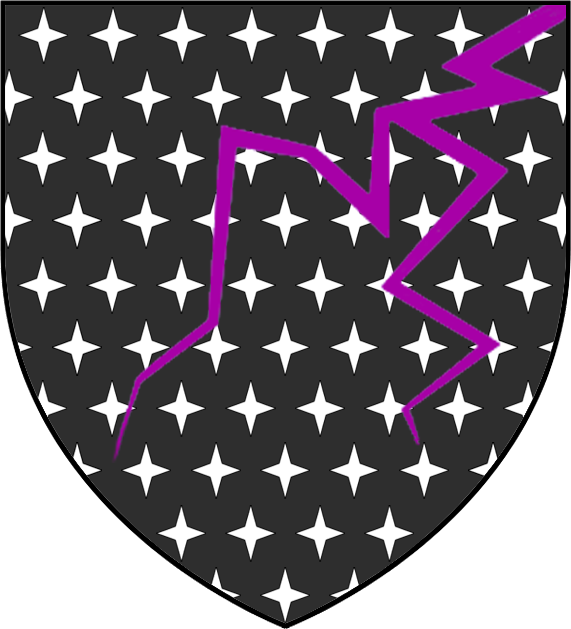 House Dondarrion of Blackhaven is an old house from the Dornish Marches, sworn to Storm’s End. Blackhaven is located near the Boneway, controlling the pass to Dorne. Their sigil is a forked purple lightning bolt on black field speckled with four-pointed stars.

The Dondarrion line was founded when a messenger from the Storm King was ambushed by two Dornishmen while riding on a stormy night. An arrow killed his horse and his sword broke when he fell. When he thought he was doomed, a bright purple lightning bolt struck the Dornishmen killing both. The man was thus able to deliver his crucial message on time. For this, the Storm King raised him to lordship, and he became the first Dondarrion.