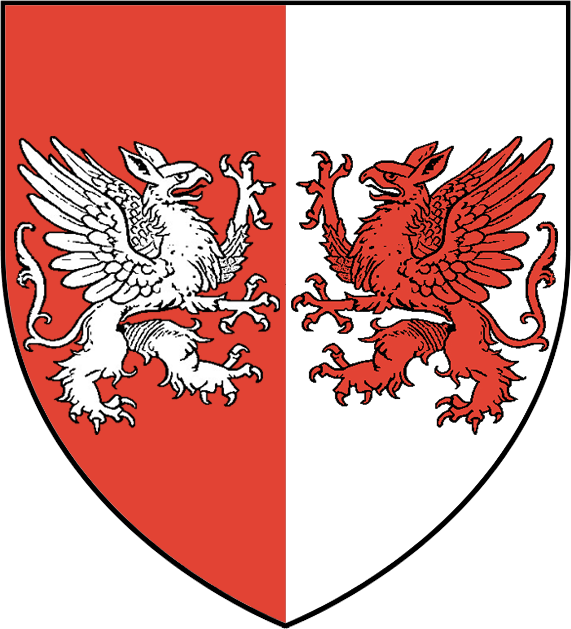 House Connington of Griffin’s Roost is an old knightly house from the Stormlands, sworn to Storm’s End.

It was a significantly wealthy house until Lord Jon Connington was named Hand of the King by the Mad King Aerys II. The previous Hand had been exiled for his failure to face Robert’s Rebellion, and Lord Connington was a noted warrior of proven loyalty, being one of Prince Rhaegar’s best friends. However, after being defeated by the rebels at the Battle of the Bells, he was stripped of his lands and sent into exile in the Free Cities. His cousin joined the rebels afterwards and when Robert was crowned, he returned him Griffin’s Roost, but the family lost their lordship and most of his lands were distributed among more fervent supporters. Its status thus fell from from being a full noble house to a knightly one. Jon’s cousin has since died, and his son Ronnet rules as the Knight of Griffin’s Roost. Their blazon are two griffins combatant countercharged per pale on red and white.