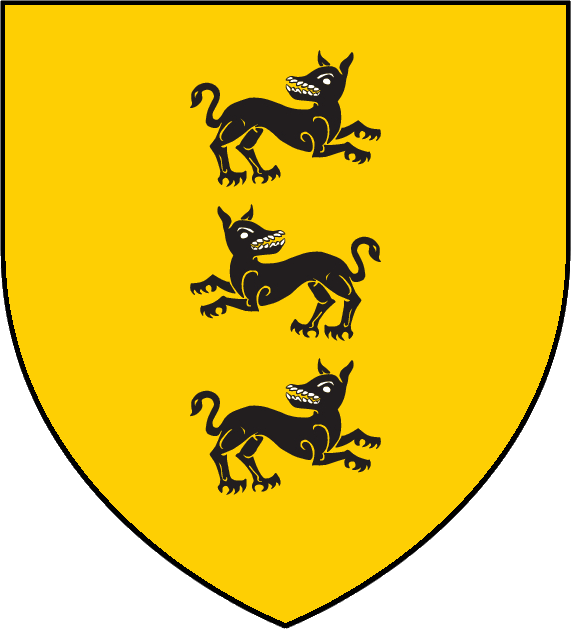 House Clegane is a house of landed knights that holds fealty to House Lannister of Casterly Rock. Their lands are southeast of Casterly Rock and include a towerhouse, which, according to a semi-canon source, is named Clegane’s Keep. Their sigil is three dogs on a yellow field.

The first knight of House Clegane was kennelmaster at Casterly Rock until he saved Lord Tytos Lannister from a lioness and lost a leg and three dogs in the effort. As a reward, Lord Tytos gave him lands and a towerhouse and took his son as his squire. The three dogs on the Clegane sigil represent those that died saving Lord Tytos.

Ser Gregor Clegane : the head of the house; called “The Mountain That Rides”.